Situated on 36 wooded acres with a sandy beach on Budd Lake, Wilson State Park is located on the north end of Budd Lake in Clare County. The park was originally the site of the Wilson Brothers Sawmill and Company Store, which thrived in the late 1800s. The land was deeded to the City of Harrison in 1901 and in 1920 was turned over to the State of Michigan to be used as a state park. The park was officially dedicated in 1927. The beach and rental cottage at the park entrance were built by the Civilian Conservation Corps from 1939 to 1941. 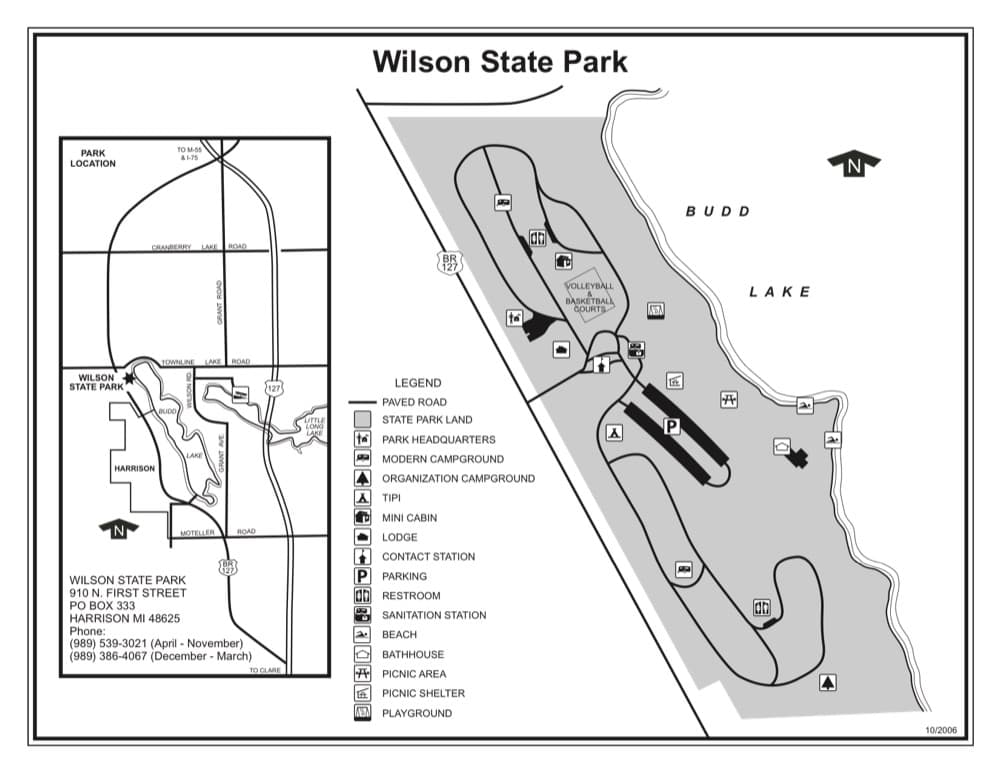