An endless variety of topography and ecosystems form the area called Seven Lakes. Its land was a combination of farmland, rolling hills and forests. About 230 acres of water with several miles of shoreline await the park user. A development group originally purchased the land but they were unable to follow through with their plans and sold the land to the state in 1969. The dam, constructed by the developers, formed one large lake from seven small lakes, historically known as the DeCoup Lake hence the name Seven Lakes State Park. 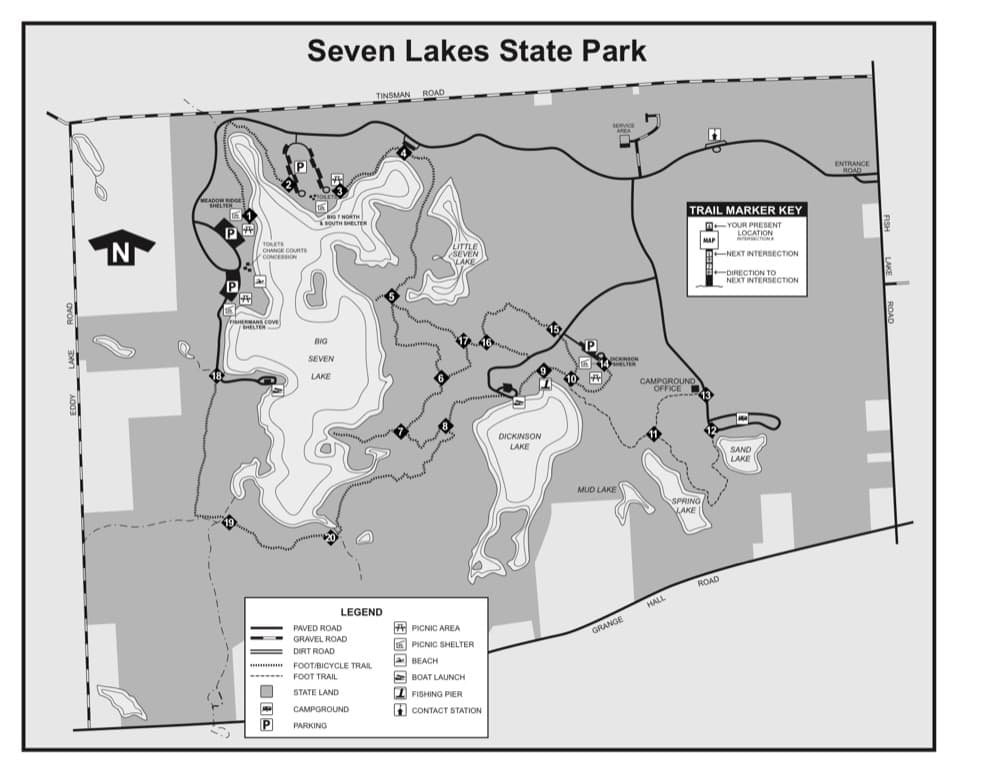