Indian Lake State Park is located on Indian Lake, the fourth largest inland lake in the Upper Peninsula with an area of 8,400 acres. It is six miles long and three miles wide. The lake was once called M'O'Nistique Lake. According to 1850 surveyor records, Native Americans lived in log cabins near the outlet of the lake. The park is composed of two units which are three miles apart and separated by the waters of Indian Lake. Original land acquisition at the south shore was in 1932 and development began in 1933 using CCC and WPA labor. The original acquisition of land at the west shore was in 1939, however, development did not begin until 1965. 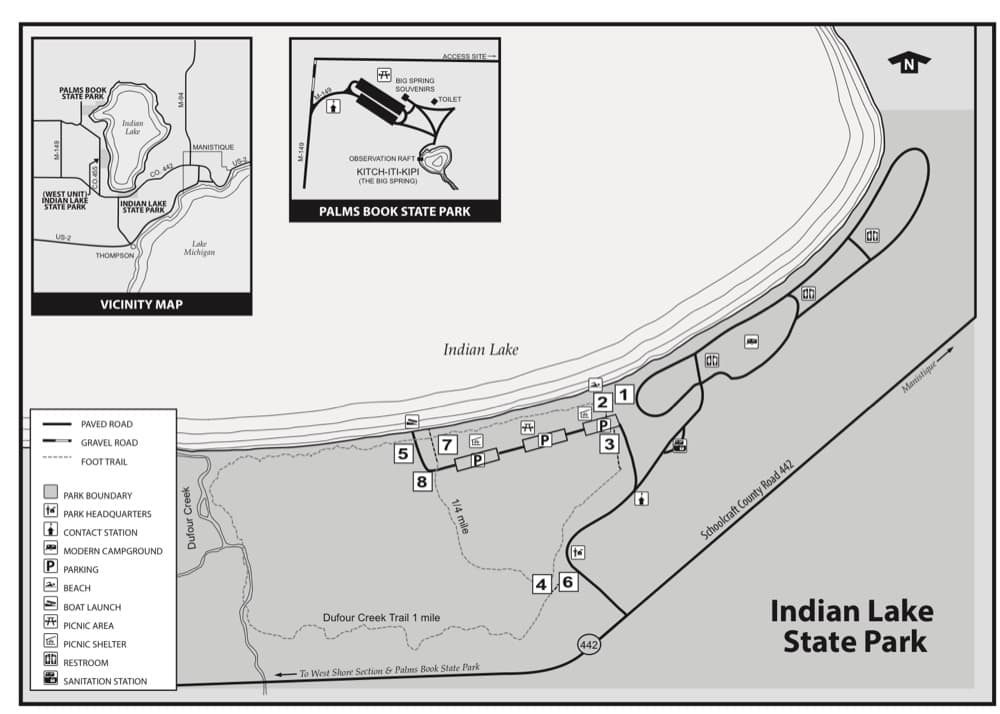