Fisherman’s Island State Park boasts over six miles of unspoiled Lake Michigan shoreline. The island in which the park was named no longer exists. Due to years of lower water levels in Lake Michigan the island has become a peninsula now lush with native wildflowers. There are 80 rustic campsites with 15 of those nestled in the dune area along the Lake Michigan shoreline. Fisherman's Island State Park is not actually an island, but a 2,678-acre park. The interior terrain consists of rolling dunes covered with maple, birch and aspen broken up by bogs of cedar and black spruce. 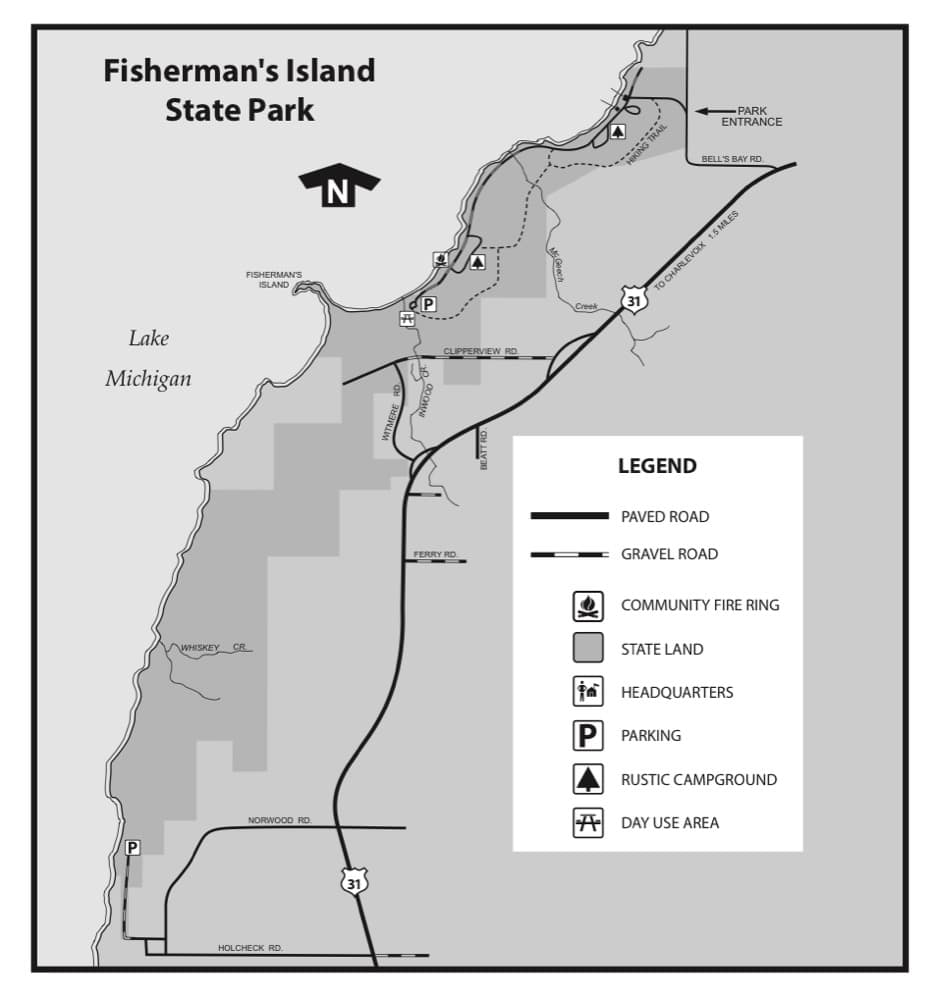